Financial Implications of Being a Hermit

“Hermit: a person who has withdrawn from society and lives a solitary existence.” In other words, old married couples, psychotic shut-ins, the socially awkward, and yours truly – who happens to be not-so-old and married, definitely socially awkward, and possibly psychotic. A hermit rejects that idea that they need to be around “other people” and makes friends with characters on television and in books. It sounds sad but it’s pretty much the most amazing thing ever.

A hermit gets to live in a world where no one is stupid and everyone has the same beliefs and opinions. There are no bad drivers, slow checkout girls, or strangers in the elevator that feel the need to make small talk about the weather. In a hermit’s world, there is a population of 1. It’s the happiest place on Earth. (Oh, you thought that was Disney World? You were mistaken. Lies, lies, all of it lies!)

How do hermits spend differently than their social butterfly counterparts? I’m glad you asked.

– Shipping and delivery costs. Convenience costs? A small price to pay to avoid interaction with the outside world. Hermits do their shopping online and their food comes in some form of box – usually of the Chinese or pizza variety. Now if only they could cut out the awkward small talk with the UPS and delivery drivers…

– Cable. This is the personal finance world. Cable is the first thing to go in an effort to cut expenses and come that much closer to financial freedom. Hermits cannot cut cable because it would take away their reason to get up in the morning. All of their friends are on TV…

– Pets. …or furry. People can die without physical contact. Luckily, most of our hermit “friends” have nine or ten cats to keep them company. Nine cats times nine lives = well, a lifetime of non-loneliness. But with cats comes the cost of cat food, vet bills, and multiple laser pointers. Fuzzy love ain’t free after all. Mr. Whiskers needs catnip. 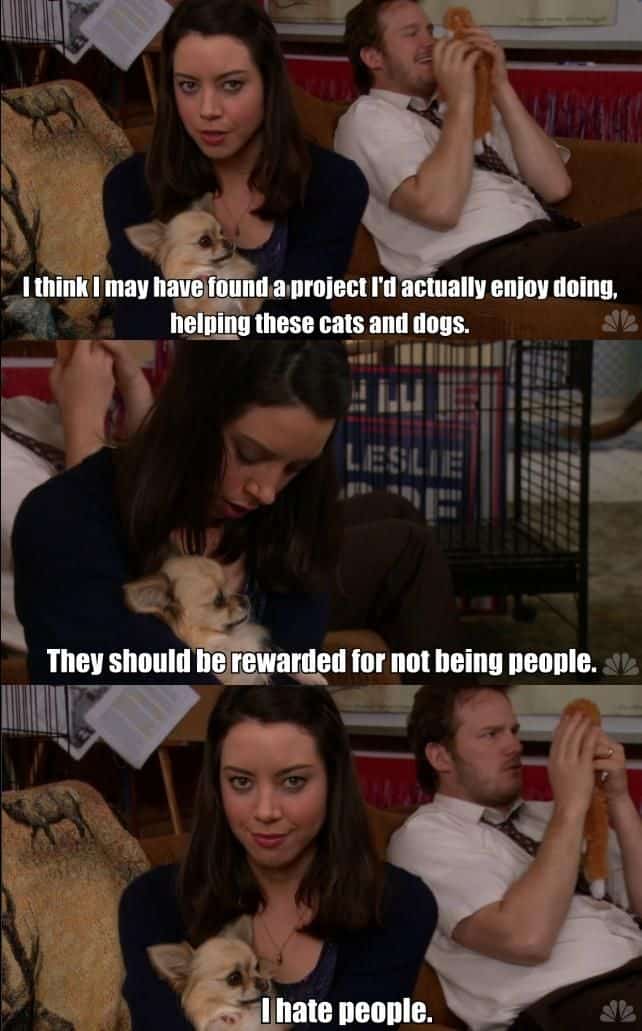 – Club cover charges. Non-hermits are such suckers. Paying money for the sole purpose of being in a loud, crowded space, psh. Hermits don’t pay for cover charges, expensive bar drinks, or any other costs that social creatures pay for the “privilege” of sociability. That’s savvy, yo!

– Gas. Nowhere to go means that hermits don’t have to spend money on gas. However, they may have more expensive electricity bills because their televisions are on 24/7.

– Gifts. You don’t have to buy gifts for friends you don’t have. Hermits save major cash by not purchasing things for other people. Bah humbug, socialites!

Are you a hermit? If so, how do you spend differently than those crazy, sociable people? If not, do you know how awesome it is to be a hermit? You should totally try it. Just don’t ask a hermit how to adopt that lifestyle. They don’t want to talk to you.

[Images from tumblr & I Waste So Much Time]

Erin Thompson spent years managing her own blog about budgeting and debt. Because of that, she has great insights not only about managing spending and borrowing but also about running websites profitably. When she's not writing articles for us, she's traveling and looking for new types of wines to try.