I started doing SEO in 2001.  Some people call me “the SEO Dude” because I did so much SEO work for a car parts website I owned for the last 20 years.

This article talks about how I used SEO to generate more than $10 million in sales for that website.

First let show you the proof that I did of the revenues.  For the last several years the car parts business has not done any paid advertising, so it’s easy to segregate the impact of the SEO work using Google Analytics.

This is a screenshot from the Google Analytics account for the car parts business.  It breaks down the different traffic channels over a seven-year period.  It shows the tremendous value we’ve gotten from my SEO work: 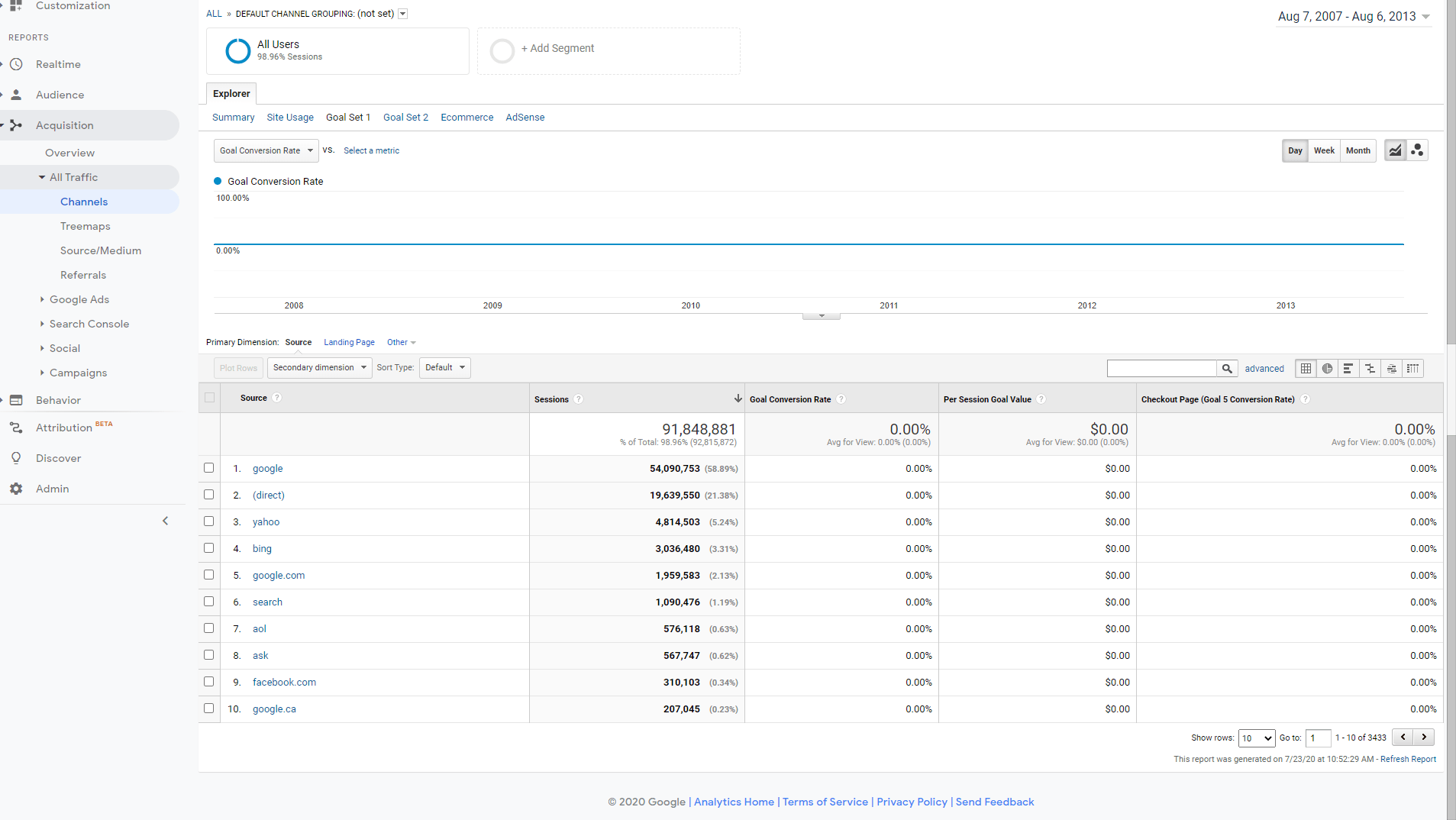 I started doing SEO in 2001.  I’m only showing Google Analytics data since 2013 because that’s when we implemented ecommerce conversion tracking for our site (which allowed Google Analytics to attribute sales to each traffic channel).  But actually we had substantial search traffic prior to 2013 too!   The graphic above shows that.  It’s for the 7-year period prior to 2013.

If you look at the section that says “Google”, that depicts which traffic came from Google search.  Back at that time Google Analytics didn’t label that category as “Organic Search” and instead they broke out the organic traffic by search engines.

What you can see is that we had more than 50 million user sessions.  That’s almost exactly the amount we had in the other 7-year period!  Again, it doesn’t show revenues because we didn’t have ecommerce conversion plugged in as yet as a metric in Google Analytics.  But you can imagine that if had about 50 million session in both 7-year periods, and in one period the revenues associated with that traffic were $13 million, then it’s fair to assume the revenues were at least somewhat similar to that amount in the other 7-year period.

How did I generate all that free traffic?